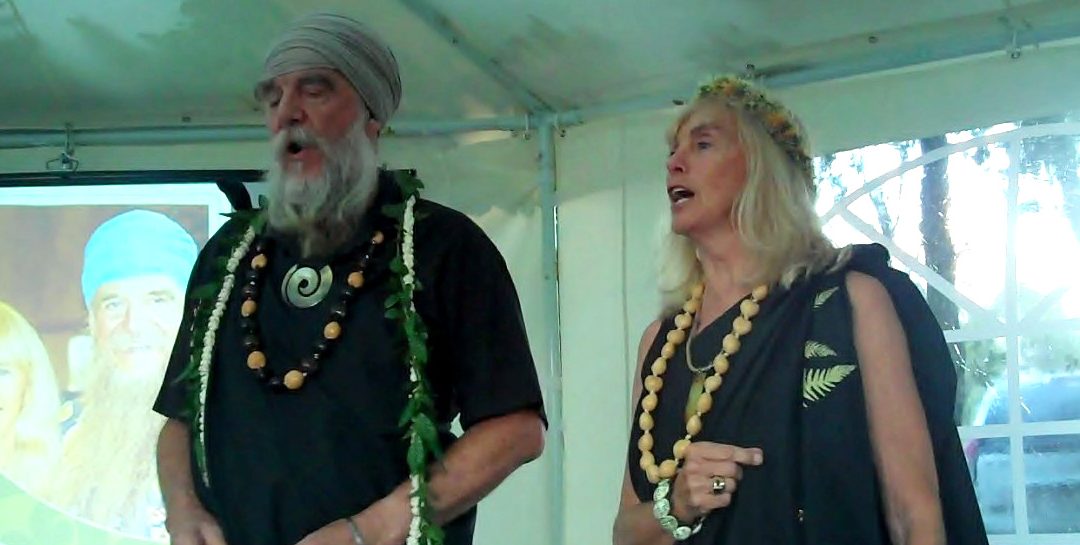 We are back on my beloved island of Kauai, Hawaii, Havaiki, meaning ‘Home’, ‘Original Spiritual Home’. We, Antion and Elandra are here for a month, and looking forward to presenting a unique experience, sharing traditional Sikh Sacred Gurbani Kirtan in a new way. We lived on Kauai for 13 years hosting and leading divine Sacred Sound Celebrations weekly in our yurt in Kilauea and home in Anahola. In those days, as now, only simple Sikh mantras (now made popular by Snatam and Deva Premal) were and still are sung, not  Kirtan of this caliber, for reasons as below.

This house concert by Antion is a rare opportunity to experience a hitherto secret tradition of meditative, ecstatic union through sacred sound. The Sanskrit-based words and language together with their dynamic soul stirring melodies were created to engender spiritual evolution and reunion with our Divine Selves, and with the Supreme Creator.

Sikh Sacred Gurbani Kirtan is so divinely devotional and complex in its unique Sanskrit-based language, ragas and musical traditions that it has been rarely sung anywhere but in Sikh temples – so far! Now it is time, the world needs the high frequency of this inspiring music. 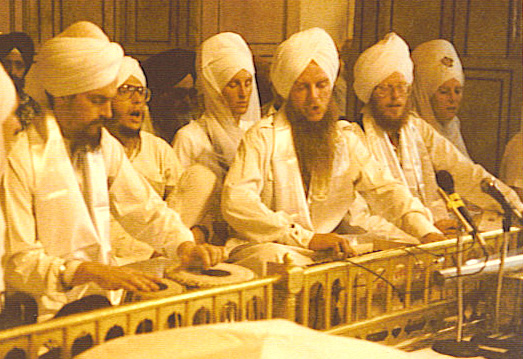 The compositions include Arabic and Persian poems from Sufi, Islamic and Hindu saints such as Kabir. The melodies are in the tradition of Shastriya Sangeet (Indian Classical Music) using Ragas, a system of musical modes and scales designed for specific times of day and to evoke different emotions.

A musician who masters this art is called a Ragi. The deeper meanings of the sounds, words, songs and stories – derived from a tradition of courage, devotion and sacrifice – are translated and interpreted by Antion. For easy understanding and for singing along, the words and meanings of all the compositions are provided.

The meditative experience possible through immersion in the vibration and frequency of the sacred sounds of this God-infused God/Goddess-praising language is so – unbelievably divinely delicious… hmm, no wonder they have kept it to themselves! And no wonder consummate musician Antion (60s rock star guitarist with the soul of a sacred bard) fell in love with it 4 decades ago, mastered it, and became the first foreigner ever to sing in their holiest shrine the Golden Temple, and continues to sing  in many temples worldwide. 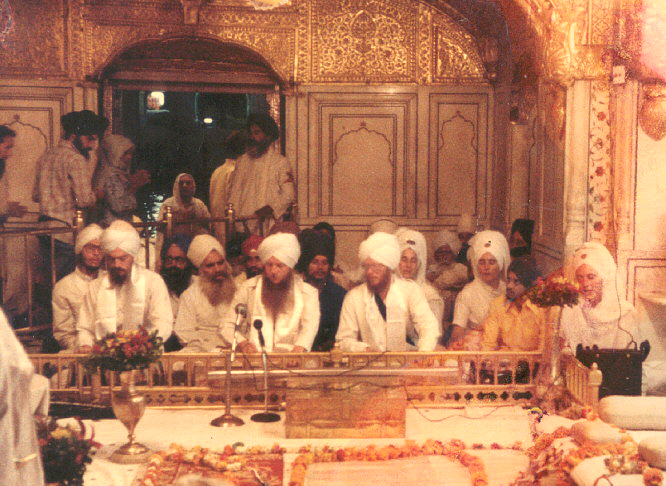 This Indian musical mastery aspect of Antion the Ragi has been rarely performed in Hawaii because it calls for a master tabla player which Kauai does not have. Now by the power of timing and latest technology Antion becomes a one man band, using electronic tabla and tamboura while singing and playing live, creating a profoundly high frequency devotional meditative call-&-answer experience with transliteration and translation provided.

Antion, originally known as Vic Briggs, was a touring 60s rock star when his soul’s longing called him to turn to yoga and delve deep into the sacred teachings of Nada Brahma – the Yoga of Sound. His interest in Mantra and Shastriya Sangeet (Indian Classical music), led him to mastery of this hitherto secret tradition, and in 1979, he broke tradition by becoming the first non-Indian to sing in the Golden Temple, the most sacred shrine of the Sikhs in Amritsar, India.

Known as Vikram Singh, (‘invincible lion of courage’) Antion became adept at both singing and interpreting Gurbani Kirtan, the sacred music originated by the miracle-manifesting Guru Nanak. As a recognized authority and spiritual teacher Antion now has travelled all over the world to teach and sing about Naad Yoga, (yoga of sound) Naam (the frequency of the Divine), Simran (repetition of the Divine Name),  and Shabad (the Divine Word that manifests as Gurbani as well as the spiritual force that is Guru).

Later when Antion studied Hawaiian mele (song, music) and oli (sacred chant) bringing him to an even deeper understanding of how the voice can create the power of Aloha (on-going, living love), he was recognized and honoured with invitations to perform the sacred oli for the Hawaiian governor, and for an international Chant competition.

As an expert in – not one but two – sacred traditions, his life, (teachings, sessions, concerts, workshops, music recordings) are  about sharing the use of Sacred Sound and Sacred Voice to become one with  the Divine, in the context of  the essential message of both cultures, to engender the core Oneness of all people and denominations, including  honoring and  respect of women, and  equality for  women, and the healing, helping and feeding people with love. 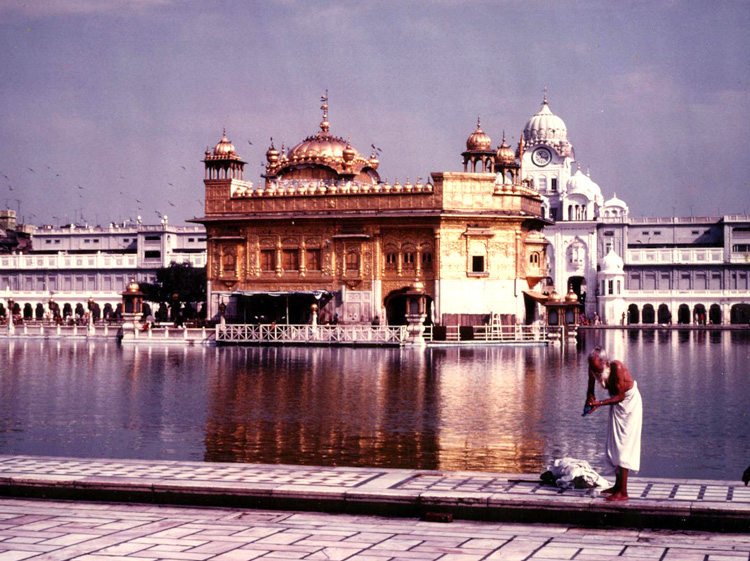 What is Sikh Sacred Kirtan? This year marks the 550th anniversary of the birth of Guru Nanak. Born in the Punjab in the North West of India, Guru Nanak came as a shining light to a world where religion had become corrupted and tyranny was supreme.

His songs and simple message of spirituality, equality, justice, Oneness and respect for women inspired millions as he traveled thousands of miles around India, Tibet, Iraq, Iran, Saudi Arabia and many other places, including Rome, where he met with the Pope and condemned slavery.

His followers became known as Sikhs and formed the nucleus of what is known today as the Sikh way of life. His poetic and deeply spiritual writings became known as Gurbani – the Message of the Guru – and are sung all over the world in Sikh Sangats (congregations).

On October 27th, Antion Vikram Singh will present on Kauai the first in a program of Gurbani Kirtan, spiritual music and singing to honour Guru Nanak.

The first will be in a private home in Kapaa, at

Bring: Refreshments/drinks
Floor cushion – floor sitting is traditional for Kirtan, but chairs available when needed.
Dress for your own comfort and joy.

Guru Nanak manifested on Earth as a pure channel of Divine Love, freely available to all, regardless of tradition, religion, ritual or dress codes, past or present. 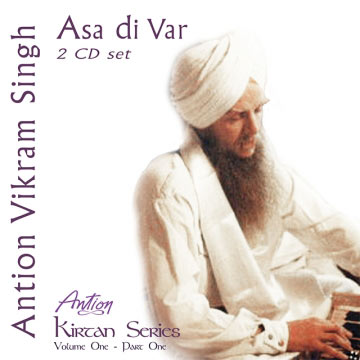 You can also visit the Facebook page I made for him “AntionMusic A Star in 3 Cultures” where I post up news, pictures and videos of his appearances.

With Waves of Aloha Love and Blessings,

In Mahalo (meaning thanks and spirit of gratitude).