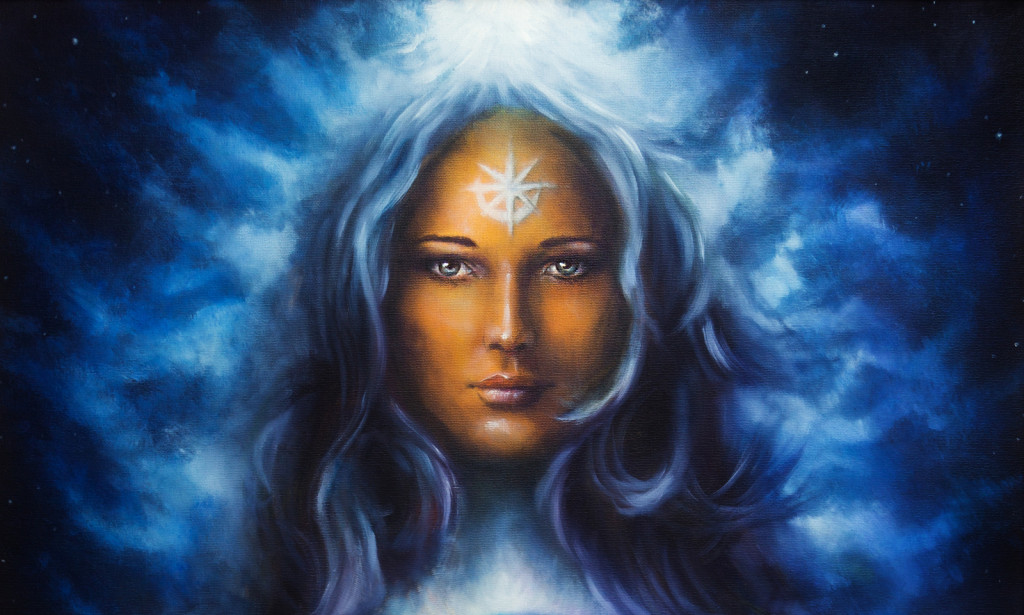 The Dance of the Dissident Daughter

I woke up feeling wonderful and discovered that Antion had massaged my feet in the middle of the night without me knowing.  It happened around 4am, as he is awake then, being a devotee of his spiritual discipline, (chants and prayers, daily cold shower, meditation).

Before falling asleep I had set an intention for my subconscious, my etheric body/energy body/second self to go have fun in my dreams. To rejoice with the energies of Divine Mother, Divine Feminine, the Goddess/Mother Earth, Great Mother/Pachamama. So indeed I was occupied elsewhere dancing with The Goddess Divine Mother in cosmic worlds!

My last thoughts before dropping off were about Antion’s dream which had inspired him to create and name his CD One in the Goddess. In the 16 page booklet he shares his experience of seeing a beautiful young woman dancing and chanting, “Shakti, Adi (primal) Shakti, you and I are One in The Goddess, Shakti”.

In the dream he observed and understood that Her four breasts were symbols of the Divine Mother’s nurturance of humanity and the whole Creation. Then later during the studio recording two more Goddesses were added, Tara, the Tibetan Deity, and Pele, the Fire Goddess of Hawaii, enhancing the energy of the Universality of the Divine Feminine, The Goddess in All Her Myriad Forms.

All this was in my mind – along with – the powerful message of another of Antion’s songs that the Muse delivered. It’s called Jai Ma and yet to be released: “When mankind accepts The Goddess, there’ll be Love, Light and Peace“.

I had just been reading “We are destined for extinction as a human race unless a mother’s heart assumes leadership of the world.”
― Ananda Karunesh, A Thousand Seeds of Joy: Teachings of Lakshmi and Saraswati

I agree. I feel a sense of urgency and so have dived back into activism in the cause of rematriating our Planet.  As many are calling for, including a male Goddess-lover friend, “The choice is simple. If we as a civilization want to survive and live in Paradise right here on our lovely planet, we need to be honoring the Divine Feminine and worshiping the Goddess.” – Michael Bright

Recently I had posted a quote on Facebook by Dalai Lama talking about the need for women to come into strong  leadership,  but without using male aggressiveness and force,  “I have a dream that women will govern more of the 200 nations of the world one day. There will be less war, violence and economic and social injustice. And whatever you do, you must not assume that in order to reach high office, and stay there, you need to adopt the most unacceptable masculine behavior — the use of force. Genuine strength is rooted in love and compassion, so the more you exercise power in this way, the more the violence will decrease.“-   Dalai Lama

Makes sense right? But can you believe one response!?  “That’s male-bashing”!  As I often do I thought, “Ha, How sad that it is not understood easily by the male energy that feminine energy is about open-hearted nurturing that embraces with Love… it is all-encompassing all-embracing energy and consciousness of Divine Love, holographic Intuition and Trust!”

As I write about it in my book on amazon, https://healthhealing.org/buy-now/, there’s so much fear in men that they will become powerless and be treated as badly as the 6,000 years of hijacking controlling fear-based patriarchy has treated women and the feminine!

There’s a photo going around, a little old woman holding up a big sign saying “I can’t believe I still have to protest this fucking shit!”  That is just how I feel, tired of it all. But you know what, I am not giving up.

For I believe that at this time, of pending 6th Extinction, there are enough of us coming into truthfully living and loving Feminine Values, coming into and embodying this consciousness of Love of Earth, Nature, Divine Feminine. As in my vision of WOW Walking Our Wisdom and WOW Women of Wisdom. See https://healthhealing.org/workshops/healing-workshops/

Because this is the only thing that can manifest even any semblance of a Return of the Divine Feminine, to potentially save the Planet and bring on Civilization Next.

“If such a consciousness truly is set loose in the world, nothing will be the same. It will free us to be in a sacred body, on a sacred planet, in sacred communion with all of it. It will infect the universe with holiness. We will discover the Divine deep within the earth and the cells of our bodies, and we will lover her there with all our hearts and all our souls and all our minds.”
― Sue Monk Kidd, The Dance of the Dissident Daughter

So that is what my life is about, every breathing moment of it!  As if confirming this I received a message (from a young man unknown to me), “In your expression of your personal affinity with infinity; you are an example for us all. Infinite love and light to you, Mataji.”

Surprised to be addressed as “Mataji”!  Not even my kids call me that any more, unless by accident out of habit!  “Ji” is an expression of respect; we raised our children in intentional community (in our live-in ashram-yoga centers) to address us as Mataji and Papji.

So there is a powerful energy and movement happening now. I have been teaching women’s work for many years; see https://healthhealing.org/workshops/goddess-workshops/ with wonderful experiences under testimonials. Here in NZ we have an awesome group going.  So I am rereading my own teachings, my books, researching anew and planning for more trainings and gatherings.

On Facebook (a search engine), having keyed in the word “goddess” I was surprised  to find countless, over 100,  groups, ‘pages’, ‘communities’, with hundreds of   thousands of active and eager participants. 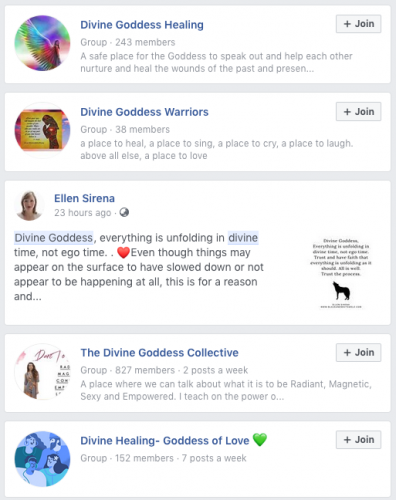 I love to hear from you but may not always respond – until I can manifest an assistant!

PS.  Our daughters are arriving this week visiting us here in NZ, can’t wait to share how amazing they are in the next newsletter (eg.top athletes in the world running a marathon in Rotorua).