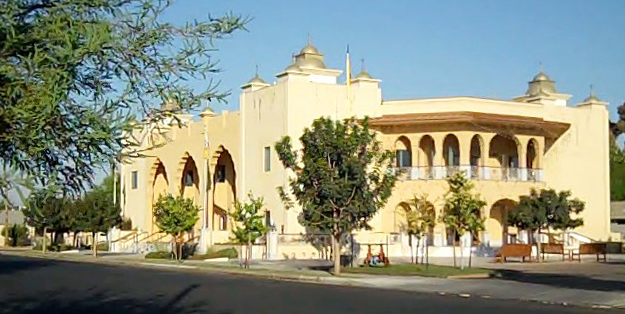 Where in the world are we this time? Why are we are in Phoenix, Arizona, USA?

Today I begin with a story… London 1971. Actress conversing with ‘Baba’ Ram Das (of “Be Here Now” fame).

“Oooh, I’m scared… just co-starred with Roger Moore and Tony Curtis, already cast in my next movie and – what to do, I don’t want to give up my celebrity career?!”

I was going to yoga classes, and at the same time, hanging with the elite, the rich, the famous, royalty, and the movie star celebrities of the times in early 70s. I was feeling  a shocking disconnect, because they were  totally fixated on impressing and being better than each other, so stuck in egotistical self-aggrandizement … whereas I was being deeply touched by the contrast with the yoga students who were lovers of self-less service, who would go clean the bathrooms of the homes for the homeless.

Ram Das is saying, “Yes, Kirsten, it’s scary to give up the worldly life in favor of the spiritual life, but this yoga is a movement that has attracted some of the highest people on the planet. This phenomenon is inspiring people to live a noble and healthy way of life, supporting each other, and  helping  change the world to be  living and loving – as priority – their connection and Oneness with the Infinite. So go for it! Instead of a movie star, be a spiritual star!”

So, oh so shortly thereafter, dressed in white from top to toe, there I am living in a California Yoga Ashram, married to my white-dressed chanting fanatic yoga teacher,  – the once upon a time 60s rock star & producer turned plumber,  – while  demanding that my fellow cohorts (numbering some  20-30 men and women ahramites) also wear white and don turbans – or else.

Our families are freaked and disinherit us. My poor mother cries, “Why do you have to be so extreme?!” In desperation she sends my brother all the way from New Zealand to rescue her precious stolen daughter from the mind-controlling cult, only to find no one answers the door.

Almost 20 years later, there comes – next! Suddenly no more white! Living in a tent in Kauai, Hawaii, shipwrecked-shocked, with yet another form of devotion grabbing us by the soul!

Mum, “Why do you have to be so extreme! You lost everything yet again, to live in a tent!”

Thrown headfirst into a totally different spirituality, imbibing the profound joy of the soul-stirring chant and divinely sweet music, the healing spirituality of ALOHA PONO… intensely immersed in the shamanic ancient wisdom of a Goddess-Imbued-Sacred-Earth-based-Nature-Loving Kauai … WE ARE IN LOVE.

Later, upon seeing our old friend Ram Das again, (living in Maui before he died recently) this time he declares, “You were right to leave.”

As you know, my dream for all of us and the world is to be a team, to Catalyze Unstoppable Integrity, Infinite Love, and Utmost Joy in all hearts and souls… and make Values, Virtues and Purification of Character (rather than multiplication of wants and lust for power) the most sought after, valued, respected and rewarded Success in the World…yay!

So now, again many years later, right now, where in the world are we? We are, haha, Being Here Now! Back in Phoenix, Arizona.

Can you believe, we are staying with some of the same devotee friends of almost 50 years, who are still living in and by the power of white-dressed devotion.  So here we are, a few paces from the magnificent Guru Nanak Dwara temple (pictured above) that they built (where Antion loves singing Kirtan, see link to livestreaming below), one of the most beautiful temples in the world, being inspired by both the building itself and the committed noble way of living of this family, and of the nearby community.

I love their long-lived devotion for 50 years against all odds. They are, – and we still are! – the beings of whom Ram Das spoke way back then, the beautiful beings, “some of the highest people on the planet”. They are heroes!  I love dedication and all signs of it! Committed to BIG LOVE, which is awakened oneness awareness, we are all heroes. (I don’t really know why but Mum’s last words before she died, “We are heroes”).

I love being here, and I have a vision that YOU will come visit us here… And why not, join us in knowing ourselves haha, as heroes! I want with you to manifest my longtime vision… of freeing ourselves, healing ourselves and our past and our ancestors! Love, Truth, Commitment makes us HEROES. Just as Guru Nanak taught 500 years ago, “Truth is High but Higher Still is Truthful Living”. – Guru Nanak

So why are we here in Phoenix?

What a year it’s been for all of us! Our flights to Hawaii from NZ were cancelled three times; and the Sacred Journey postponed till 2021. Finally made it to Texas to visit our daughters, and now we are at the magnificent Guru Nanak Dwara temple, one of the most beautiful temples in the world, where Antion loves singing Kirtan. The wonderful thing is it is live streamed; you can watch and hear every Friday night and Sunday morning.  We expect to be here till the end of November, and then back to NZ Dec to April 2021 as usual.

We intend to make Phoenix, Arizona, our main base for these reasons:

Antion can more  easily work with his music producer – Liv of  Invincible Recording, longtime friend and  producer of Antion’s powerful healing music, the Sikh sacred Kirtan, “One in the Goddess”,  and “Antion Live on Kauai, Hawaiian Songs Of Love, Healing And Blessing”.

So now Antion is singing three times a week at the temple. You can enjoy Kirtan live streamed on Sunday morning, from the temple, the divine and amazing Kirtan of Antion Vikram Singh with celebrated Ragis, Sikh professional singers at
https://www.facebook.com/gurunanakdwara

Websites, CDs and Books: You can find links for Antion’s music, blog, videos, and more on:   www.antion.info  (www.antion.info/blog).

To hear and watch his beautiful videos in Hawaii with hula dancing go to “Invincible Music “at https://vimeo.com/search?q=antion%20vikram%20singh

Books available on Amazon: “From Stardom to Wisdom: Healing and Love beyond the Spotlight”, http://www.amazon.com/From-Stardom-to-Wisdom-ebook/dp/B00CAGLIN0/

“Yoga for Health and Healing”

“Meditations for Harmonious Communication in Relationship”

Antion is the author of a forthcoming autobiography, “Once an Animal:  From Rock Star to Ragi”

Books available on Amazon: You can check out my “hero’s journey” book on amazon that has all 5 star reviews, buy it or even email me for a free PDF. (You might love it, and be seeing your own life as a hero, a happy hero!) “From Stardom to Wisdom: Healing and Love beyond the Spotlight”, Amazon.com